Wieners Galore: Are Dachshund Dogs on your Summer menu? 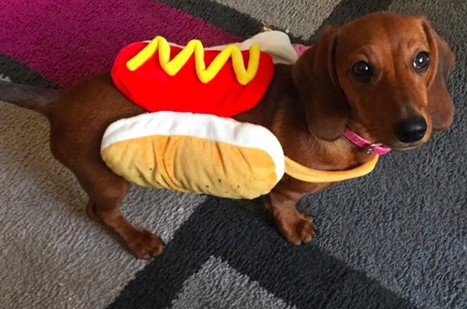 Did you know that Dachshund means “little dog” in German and when the sausage that has become known as the “Hot Dog”,” the “Wiener”, the “Frankfurter” was invented, people thought of it as a long, thin sausage which looked like the Wiener dog. Thus, the name!

Who would have thought that a recipe for such a small sausage meat would take the world by a storm! There is a lot of history surrounding the tasty treat! 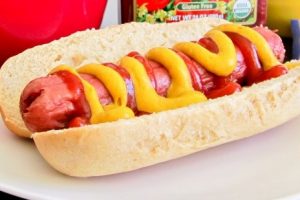 The National Hot Dog and Sausage Council (NHDSC) states, “In 2020 Americans spent more than $7.68 Billion on hot dogs and sausages in US Supermarkets.”

Further, “It is said that the frankfurter was developed in Frankfurt, Germany in 1487, five years before Christopher Columbus set sail for the new world.

“The people of Vienna, Austria, (Wien as it is referred to in German), dispute Frankfurt’s claim and point to the term “wiener” to prove their claim as the birthplace of the hot dog. You know that a Hot Dog by any other name, like Frankfurter or Wiener, is still a Hot Dog! As it turns out, it is likely that the North American hot dog comes from a widespread common European sausage brought here by butchers of several nationalities.”

Hot Dog sales remained very strong even throughout the Pandemic at retail stores, and venues-when reopened, like airports, restaurants, and ball parks. Today’s consumers are finding an assortment of new ingredients added to hot dogs to make them filled with more protein and less fat. Hot Dogs were traditionally made of Pork and Beef, now there are many kinds of Beef only hot dogs, there are Chicken hot dogs and many types of hot dogs which have protein but also plant items like Kale and Spinach, specialty cheeses, and more, added in. “New products available are mostly brand favorites reformulated. New products in flavors such as honey and brown sugar, barbeque, Cajun, spicy and teriyaki have hit the market in the last few years. According to consumer research, convenient packaging, preparation and usage information are high priorities.”

The NHDSC council conducts surveys with the Nielson rating Company to find out where Hot Dogs and Sausages are most popular. They have a list of the highest consuming (per capita) hot dog eating cities below: 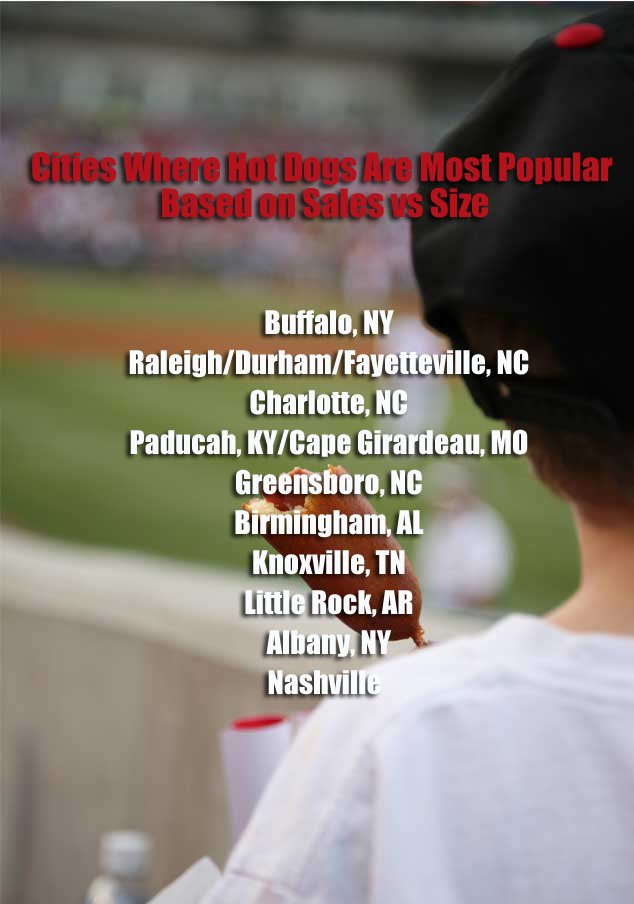 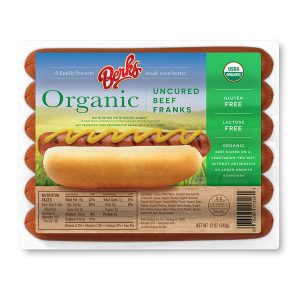 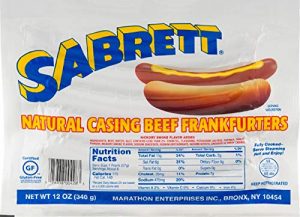 If you are an inquisitive hot dog eater and interested in trying new things, Gage Outdoors recommends trying some new flavors from this list provided by our partner. 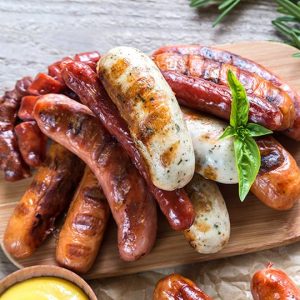 Many of these sausage links are enhanced with flavors of Chipolte, Apples-Pears-and Port Wine, Cognac, Cranberries and Shiraz wine, chef inspired. These are great family gathering mainstays, cook them together with roasted veggies on the grill, or serve Corn on the Cob, and baked beans. The nutritional value of the newer brands of Hot Dogs on the market have made them a much healthier protein, if your diet needs to be careful of salt, be sure to look for lower sodium brands. If your diet needs to be lower in fat, there are many types that have a much lower fat content than the traditional Pork hot dogs. You may not realize that when you purchase Wild game meat such as Duck, Bison, Elk, Lamb, Venison and even Wild Boar, the fat content will often be less than half that of standard feed lot Beef and Pork based Franks.

Whether you are from Frankfurt, Germany or Vienna, Austria or Milwaukee, Wisconsin you are lucky to have a huge choice in America’s # 1 Grill Treat- Hot Dogs. Yummy, delicious and easy to take on the go. Now just grab a Beer and some Potato Chips and we have a feast!