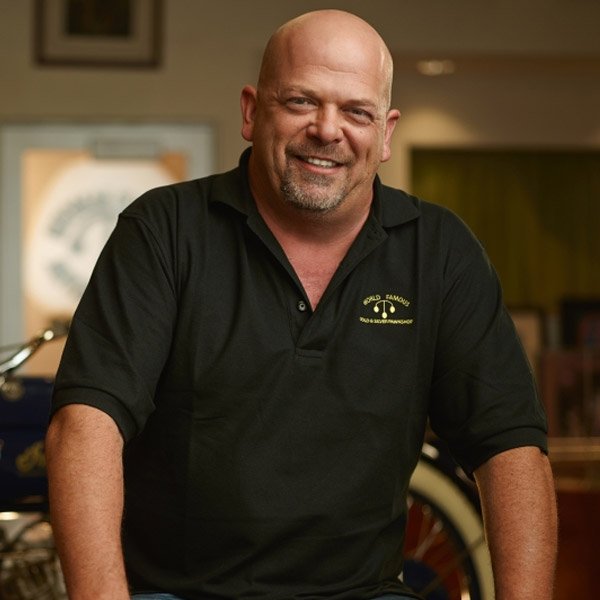 Having grown up in San Diego and moving to Las Vegas in his late teens, Rick was a crafty genius early on. His first job in his earlier teens found him selling knock off bags at flea markets and then scoring the coveted ‘next’ pawn license in Las Vegas once the p population hit a quarter million and he was barely out of his teens. Having left school early due to falling behind as his epilepsy kept him from keeping up with his class, books and knowledge became his passion and the self-taught role model and Pawn Star has parlayed his talents into a successful career as an entrepreneur, tv star and historian. An outdoorsman, he collects guns and cars, enjoys off-roading and lives 4-5 months of the year off the grid at his 80-acre ranch in the mountains of Oregon. Rick is working towards his pilot’s license, as well, currently. His struggles with epilepsy early on have led him to a position on the National Board of Directors of the Epilepsy Foundation and hosting an annual motorcycle run in Las Vegas.