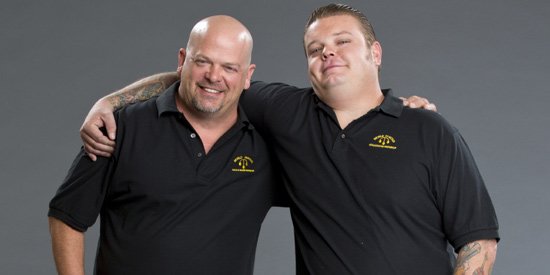 (Minneapolis, MN): Gage Outdoor Expeditions, a global leader in hunting and fishing trips around the world, announces a partnership with Rick and Corey Harrison of the History Channel’s Pawn Stars. Both Rick and Corey are avid fisherman and hunters and will be marketing and hosting multiple trips with Gage and their professional guides and outfitters. Stay tuned for the specific locations and itineraries. Possible excursions include pheasant hunting at the historic Thunderstik Lodge in Chamberlain, SD; fishing at one of our remote lodges in Canada; Africa safaris; Argentina dove hunting and more. 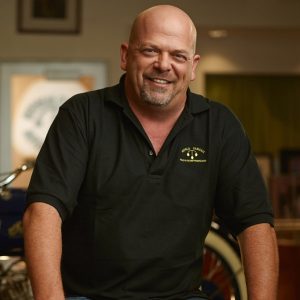 Rick Harrison Bio: Growing up in San Diego and moving to Las Vegas in his late teens, Rick was a crafty genius early on. His first job in his earlier teens found him selling knock off bags at flea markets and then scoring the coveted ‘next’ pawn license in Las Vegas once the p population hit a quarter million and he was barely out of his teens. Having left school early due to falling behind as his epilepsy kept him from keeping up with his class, books and knowledge became his passion, and this self-taught role model and Pawn Star has parlayed his talents into a successful career as an entrepreneur, tv star and historian. An outdoorsman, he collects guns and cars, enjoys off-roading, and lives 4-5 months of the year off the grid on his 80-acre ranch in the mountains of Oregon. Rick is working towards his pilot’s license. His struggles with epilepsy early on have led him to a position on the National Board of Directors of the Epilepsy Foundation and to hosting an annual motorcycle run in Las Vegas. 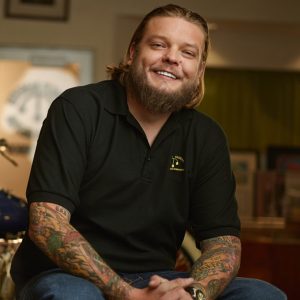 Corey Harrison Bio: Corey is always game to try something new. The youngest of the three Harrisons, who turned a gold and silver store into a Pawn Shop and then an unbelievably successful reality television show on History for 10 years, loves adventure, traveling, hanging with the guys, being outside, and taking anything to the next level. He always wants to drive the fastest, be the best, and win every time out. Corey is the most loyal friend to anyone who is lucky enough to hang with him. Camping and outdoor activities are favorites of his as are off-roading and motorcycle trips around the west coast with the guys. He, too, left school early in his teens to study at a trade school and then decided to join the family business. Always coming up with new ways to make Gold & Silver Pawn even more successful, Corey also looks for entrepreneurial activities to become a part of both in Las Vegas and elsewhere. He is a man’s man with a heart of gold.

To learn more or get information about a Hunting for Fishing trip email Rick at rick@gageoutdoor.com or Corey at corey@gaeoutdoor.com. Visit the Gage Outdoor website at gageoutdoor.com