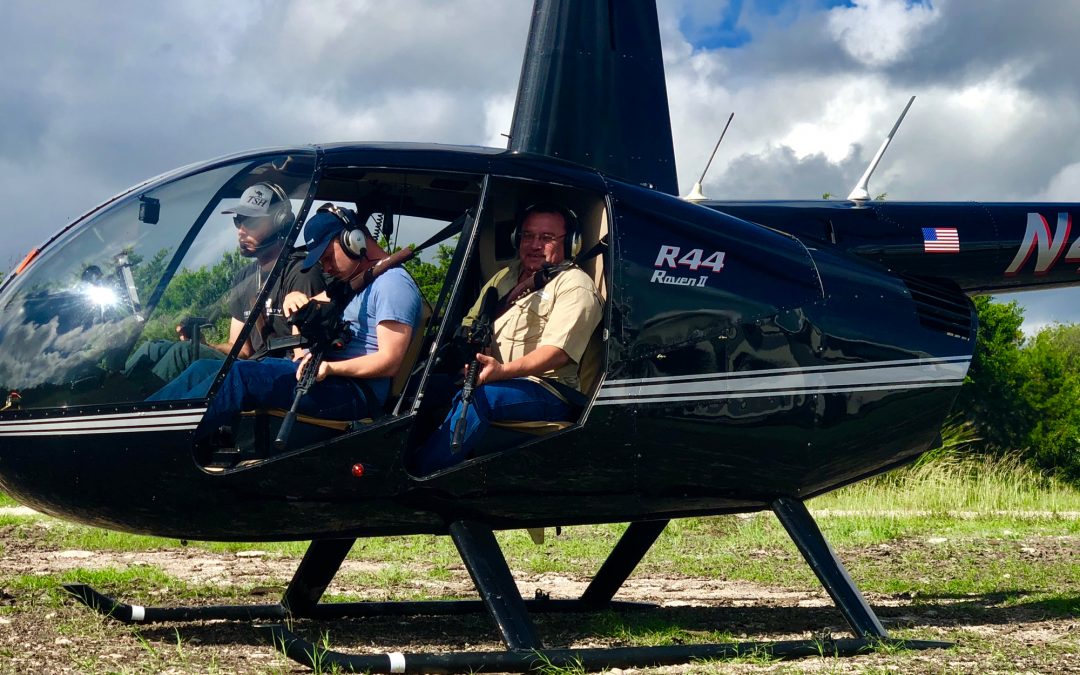 (Minneapolis, MN): Gage Outdoor Expeditions, a global leader in hunting and fishing trips around the world, announces their newest lodge in Texas specializing in Helicopter Hog Hunting. Owner John Kalan searched the foothills of Texas to find the perfect location for hunting, lodging and state of the art helicopters. With the number of feral hogs throughout Texas growing at an alarming rate, Gage Outdoors helps landowners, farmers and ranchers control the damage done by these invasive and destructive creatures. These wild pigs have been ruled a threat to the environment and we invite you to take part in preserving the beautiful state of Texas.

The lodge has over 28 years of experience and 2.5 million acres of private land to hunt – this will definitely be a trip for the books! Join our skilled pilots as you are taken up in one of many helicopters and supplied with a suppressed AR-15 rifle to use as you fly over the pigs and do your part to help fight the hog menace that plagues the great state of Texas. Spend your down time relaxing at our lodge, enjoying great meals and taking advantage of adding on a la carte species for an additional hunt or practicing at our trap, skeet, sporting clay or 5-stand.

Lodging and dining are a top priority when you book a Texas Helicopter Hog Hunt with Gage Outdoor Expeditions and you’ll receive 5-Star treatment! Our facilities and food are excellent and we are able to accommodate small and large groups. If you are looking for the best Corporate Helicopter Hog Hunting in Texas, you need to give us a call because you and your guests won’t be disappointed!

To learn more or get information about a hunting or fishing trip please email Kim Kalan at kim@thunderstik.com and websites can be found at bighatoutdoors.com